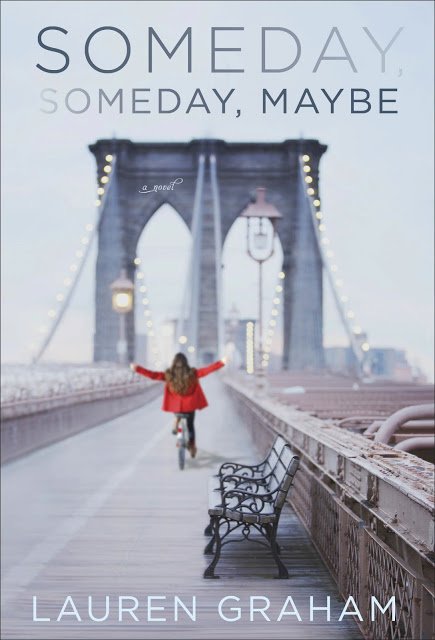 I’ve been reading a chapter each night after blogging and before going to bed, and I’m completely hooked on Someday, Someday, Maybe, the debut novel by Gilmore Girls and Parenthood star, Lauren Graham. This fun read will be available in stores next week!


All of my US readers are in luck. I’ll be giving away two copies of the book provided by Random House!


How to win
You have a couple of options to enter the contest.


2. Become a fan of the blog’s Facebook Page by going here and clicking LIKE at the top of the page. All new LIKES from this week through May 1 will automatically be entered in the contest.


A sample comment could be: “I want to read Someday, Someday, Maybe.”
Or, “I am a fan of Lauren Graham and would love to read her book!”


Set in New York City in 1995, Someday, Someday, Maybe is funny and relatable. I feel like I am right there every step of the way with actress Franny Banks as she tries to get an acting job, get ahead, and keep everything together in the process.


Franny has just six months left of the three-year deadline she set for herself when she came to New York, dreaming of Broadway and doing “important” work. But all she has to show for her efforts so far is a part in an ad for ugly Christmas sweaters, and a gig waiting tables at a comedy club. Her roommates in Park Slope, Brooklyn―her best friend Jane, and Dan, an aspiring sci-fi writer―are supportive, yet Franny knows a two-person fan club doesn’t exactly count as success.


Despite everyone telling her to have a backup plan, Franny has higher aspirations. While she dreams of playing roles similar to idols like Diane Keaton and Meryl Streep, she would also be content with a speaking part in almost anything — and finding a hair product combination that works.

She finds herself attracted to James Franklin, the most successful actor in her class, yet tries to keep her eyes on the prize despite the recent attention he is giving her. Her cash is dwindling, her father thinks she should come home, and her agent isn’t calling. Still, Franny keeps the faith and believes that her hard work and determination will pay off, and she’ll ultimately get what she came for.

Someday, Someday, Maybe is a story about hopes and dreams, being young in a city, and wanting something deeply, madly, desperately. It’s about finding love, finding yourself, and perhaps most difficult of all in New York City, finding an acting job. 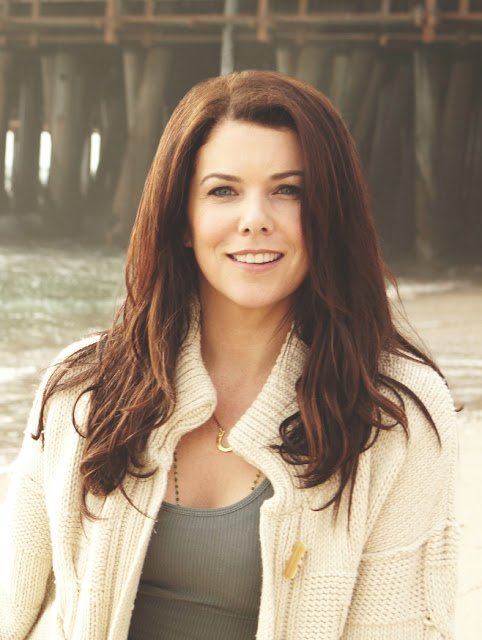 About the Author
Lauren Graham is an actress best known for her roles on the critically acclaimed series Gilmore Girls and Parenthood. She has performed on Broadway and appeared in such films as Bad Santa, Evan Almighty, and Because I Said So. She holds a BA in English from Barnard College and an MFA in acting from Southern Methodist University. She lives in New York and Los Angeles.

Praise for Someday, Someday, Maybe
“Sweet, funny, and full of heart . . . a dazzling debut.”—Emily Giffin, New York Times bestselling author of Something Borrowed and Where We Belong

“Graham deftly captures what it’s like to be young, ambitious, and hopeful in New York City.”—Candace Bushnell, New York Times bestselling author of Sex and the City and The Carrie Diaries

This contest runs through May 1. Book winners will be announced early May and must have a United States address. Please be sure to check the blog and the facebook page for the winners. Winners will be selected at random. You will have 48 hours to claim your book!

« Favorite Picks from One Kings Lane — the Kitchen Sale is On!
6 Months in New York, Frustrated and Single »