Should you live in NYC?

If you’re considering a move to the Big Apple, you’re not alone. Chances are, you’re one of thousands who’s fantasizing about a life in New York City. You might have an exact date set, or perhaps you contemplate a move yet have reservations about leaving your current life behind. Or, you’re determined to one day make the dream of living in NYC become reality despite some personal challenges. Sound familiar? I wish I could tell you to do it or not to do it, but that’s tough since moving to New York is a major life decision for each person who makes it.

We’ve established that NYC isn’t the place for everyone, but nonetheless, countless newcomers show up on New York’s doorstep each year. Some will stay and make a life here, and others won’t last a year. This town is often intimidating and overstimulating. And, without knowing a soul, New York can travel one step further – into the world of lonely and frightening.

So, you’re probably researching and reading this blog and about ten others that feed you daily inspiration and information about New York. You talk to your friends and family, and anyone else you know who’s ever visited or lived here, but still, you don’t have the answer. Let me rephrase. You don’t have your answer. So, how do you know if you should live in NYC?

If you can’t stop thinking about living here, you need a plan of action, because you’ll probably never stop thinking about it. And, moving to New York is best if you think through every aspect in advance and come with a chunk of change in the bank. That nest egg will only make the transition easier, and give you a better chance of securing a decent apartment. And, if things don’t go as expected, you’ll have something to fall back on – you won’t be forced to leave NYC when the going gets tough.

You eat, sleep, dream (in color!) and talk about New York constantly.

If you find yourself in three or more of the scenarios below, then I recommend giving New York your best shot.


The thought of moving to New York City is consuming your life. You eat pizza and bagels more often than before (and they’re not even good pizza and bagels); you imagine what cool Brooklyn art openings you’ll check out each week; you can taste that bottomless mimosa brunch on Sunday. You read the New York Times every day and daydream about local happenings while you’re at the office. Your boss has written you up because you’ve been late on a regular basis since your mind and body are on NYC time.

You spend your weekends with NYC-based TV shows and movies instead of your peeps.

You can’t stop indulging in repeats of Seinfeld, Law & Order, 30 Rock, and for the ladies, Sex and the City and Girls. You’ve memorized the scripts of your favorite episodes. You’ve watched every NYC movie on Netflix, at least twice. You hit theaters every weekend to see the latest flicks filmed in New York.

You’ve picked out your neighborhood, your apartment and maybe your roommate. You even know what furniture you’ll need and what you’ll leave behind. That pre-war penthouse in SoHo is number one on your list, and the mod loft in Williamsburg with a roof deck wouldn’t be bad either. (Better get a job and a savings account first.)

You accentuate the positive.

Even with a long list of cons, you can’t help but focus on the pros. Friends and family have told you about the crowds, trash and dirty streets, crazy people, and thriving rat population. They’ve also explained how hard it is to make ends meet over the long haul, not to mention how schlepping through all kinds of weather just to go to work gets really old, really fast. Still, you see yourself walking through Central Park on a picture-perfect sunny day; you imagine riding a not-so-packed 6 train and meeting cool people; you visualize sitting on the patio at Buvette in the West Village and sipping a glass of red. You’re caught up in the romantic notion of New York and you choose to ignore some of those hated realities.

You’re at the mall with your best friend and she suggests both of you try the hottest salon and get new dos. You respond, “I’ll get my hair cut later…. when I move to New York.”

When your sister asks you to see the touring company of Hamilton coming to your city in the fall, you say, “I’ll skip Hamilton for now and see it another time….when I move to New York.” (Good luck getting tickets.)

You’re fed up with your job and know that you need to look around and find something better. You decide to wait on the new job search, at least for now. ” I’ll get a new job eventually….when I move to New York.”

You haven’t been all that social recently and you’ve stayed in the past three Saturday nights. Your friends are concerned. “I’ll start going out again….when I move to New York.”

Your last date was more than a year ago and your parents think you’ll be eternally single. You assure them that this is temporary. “I’m just taking a break from the scene. I’ll find a significant other one day… when I move to New York.”
Still having doubts? Doubts are expected. You’ll continue to have doubts long after you move. It’s incredibly expensive to live here, and it’s not an easy lifestyle for many people. From moving in to grocery shopping, to taking your dog to the vet and commuting to work, everything is done differently in NYC. You’ll need a period of adjustment, and that adjustment could take longer than expected. Still, life in New York City is fantastic in ways you’ll never know until you arrive.
Should you live in NYC? Maybe you should….. Start planning. Keep saving. Set a goal date. Make it happen. What’s stopping you?

I recommend checking out these sites if you haven’t already.
Timeout New York 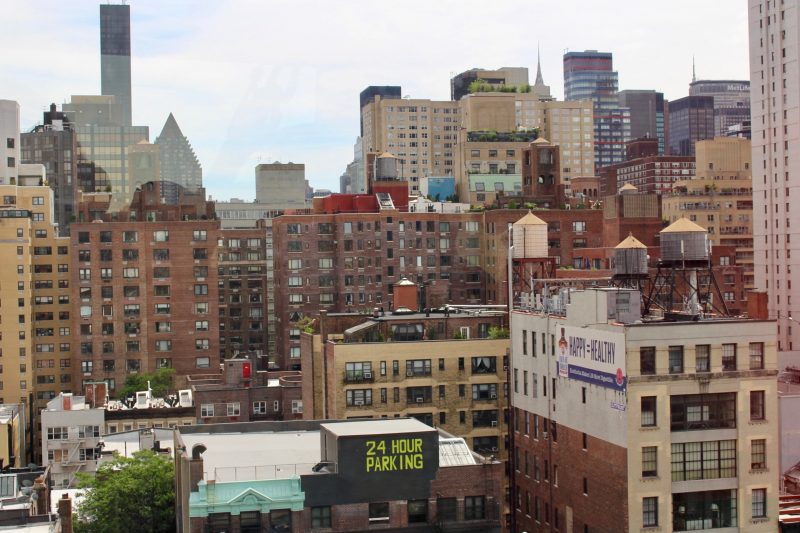 Now that you’ve decided to move, here’s a guide to help you rent an apartment, and also how to make friends once you get here.

« How to Dress Like a New Yorker in Winter
2020 Travel: Where to Go When You Need a Break from NYC »